Iron Jawed Angels... A hundred years is all what we need! 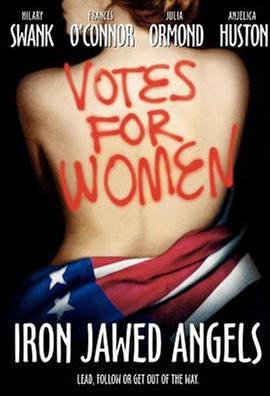 No, I’m not a movie critic or anything of this sort. I just love movie business. I am fond of this amazing magical world and I have the dreams of each and every Egyptian woman in my heart and the vision of powerful independent ladies who are fighting for their free spirits and liberated minds.

With this heart and with these eyes I watch the movie, and with this spirit I write about it!

Iron Jawed Angels... A hundred years is all what we need!
Four times, I watched that movie four times! And I know I’ll watch it again. Not because of the amazing work that was done, not for how powerful, honest, interesting and inspiring it is, but because it amazes me.

To put you in the picture, this movie is about the fight American women had to go through for 8 whole years starting from 1912 to have the right to vote. And you can easily recognize the kind of replies those women had to deal with during their debates;

Sounds familiar? Very! I know … specially that last one, kind of reminds me of how some men consider themselves “cursed” if ruled, judged or asked by a woman!
The only thing that I can’t get over is the fact that this movie is almost hundred years ago!! They had this kind of debates hundred years ago.
Do you need more proofs?

1- Those women were called freaks, psychopaths, and rude.
2- One of the senators mentioned the fact that “ we don’t need women voting in South Carolina, we know how to take care of our women”
3- When the married woman joined, her husband closed her account, took her children and asked her how she would afford an attorney to defend her rights!
4- One single woman mentioned the fact that she is tired of being alone, all men were idiots, or terrified of her!!!
5- The worse fight than fighting men for them was fighting another women, who hated how powerful and independent they are and who felt weak and helpless in front of them.
6- Men in America also thought they would be cursed if ruled, charged or even if they shared decision making with women!!!
I know!! It sounds freakishly familiar that one might doubt they are actually expressing what we here in the Arab countries are facing.

One phrase really touches me every time I hear it was said by the lead character to the “married lady” who didn’t want to embarrass her husband – and who became a very important member afterwards – when she said;
“Women like you are worse than anti-suffragists; you perpetuate the lie everyday at breakfast”

My god! How many times have you met a woman who voluntarily declares her stupidity and ignorance just to get a man’s attention and approval?
How many women have you talked to and they just faked inferiority to nourish a no-body guy just to get a proposal?
How many places have you gone to where women refuse to get business done with other women cause “we are not as smart as men”?
I know that a lot of my fellow doctors never went to a female doctor nor they ever intend to because “male doctors are cleverer”
I know that women don’t like to go to electronic stores and deal with saleswomen cause “we just don’t understand technology!”
I know my friends who resist any piece of information related to their laptops cause “guys just get these kinds of things not us”

But what I don’t know is why! In the end, those women gathered, and with the help of strong men who don’t need to exert power over women to prove their manhood, and under a constitutional umbrella, those women were able to get their right to vote. Those women were jailed, beaten and starved till they got their right.

Do you think we can do that one day? Don’t tell me we can vote, because we don’t.
When the girl is brought up that she has to be the good girl who follows her father, till she gets really lucky and follows her husband to get another woman to the world who leads the same life, we don’t have the right to vote.

When women still chose to stay at home earning nothing and being completely supported and fed by men, we don’t have the choice.

When women leave their universities, careers and whole futures just to be someone’s wife because this is her holy destiny, we don’t have any future!

Even if they were called the “Iron Jawed Angels” 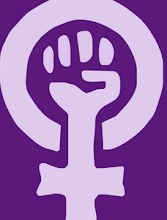